Learn how we worked with Bayan Palace in Kuwait to develop a tailored solution that delivered immediate impact and lasting results. 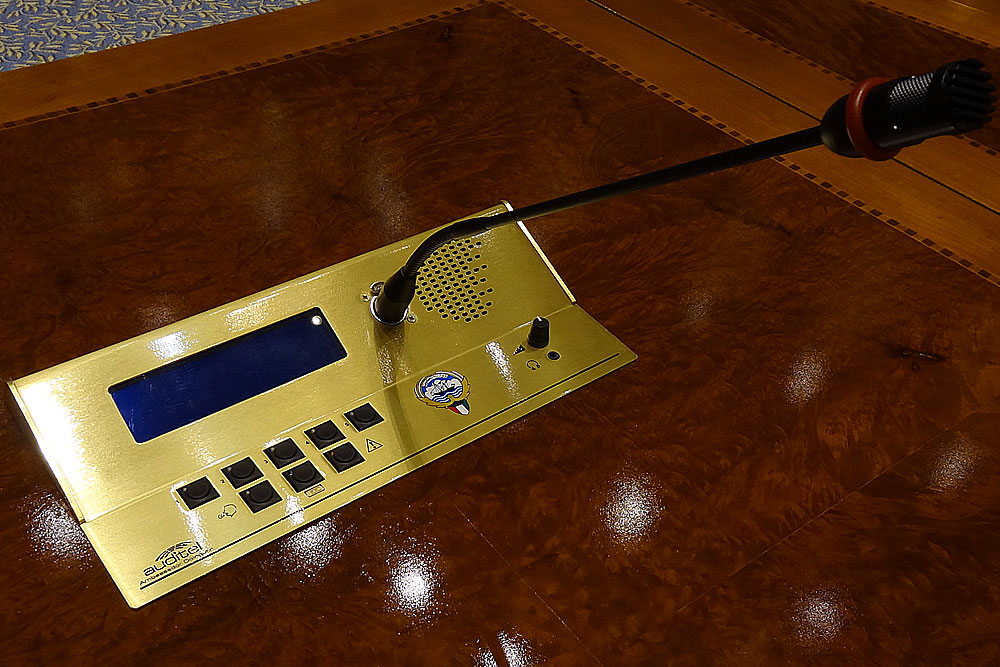 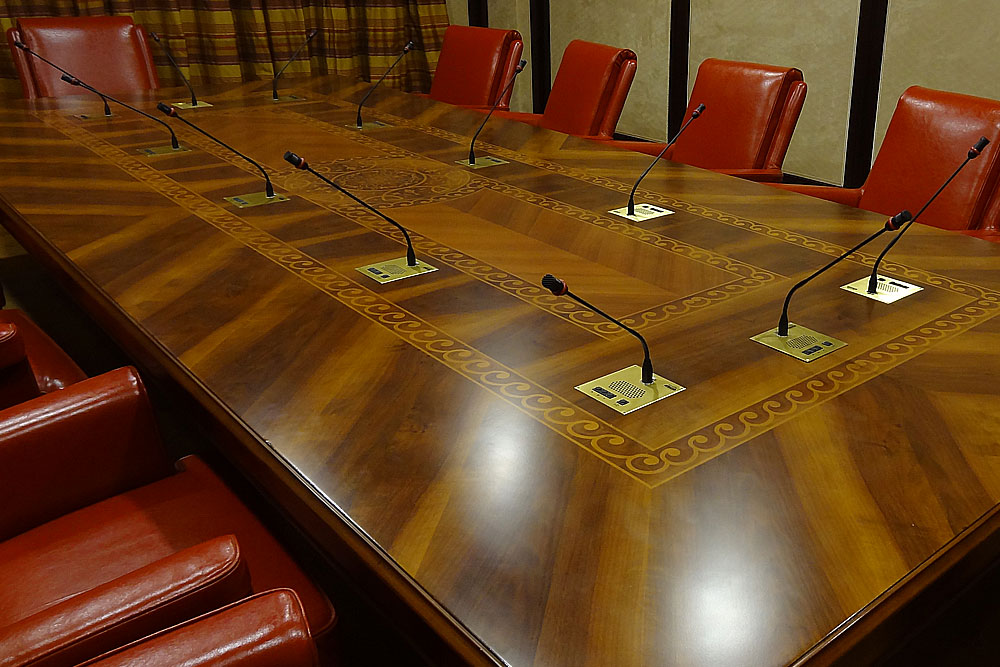 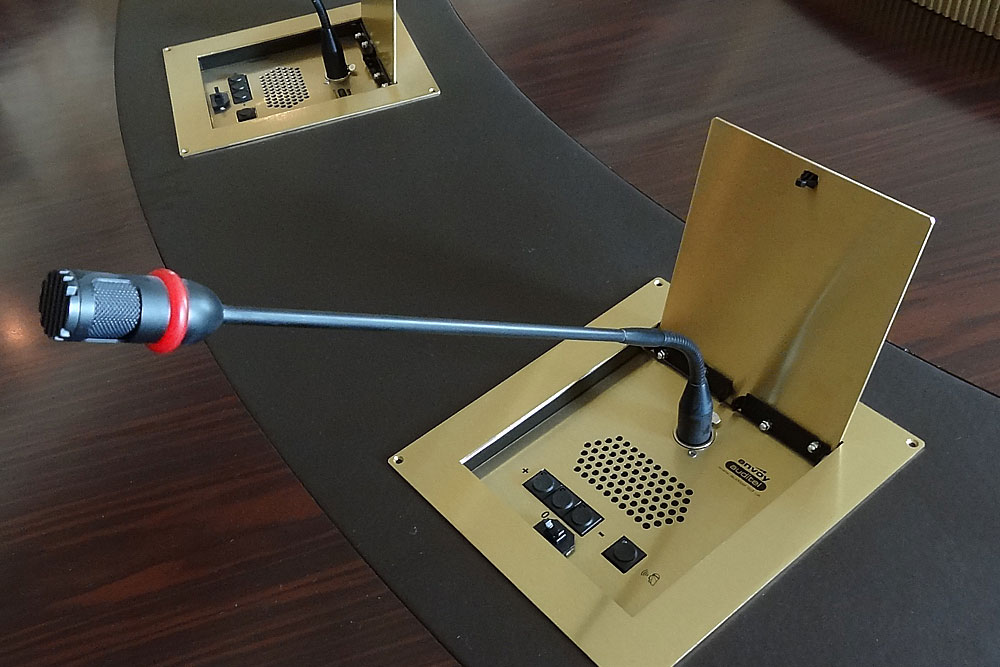 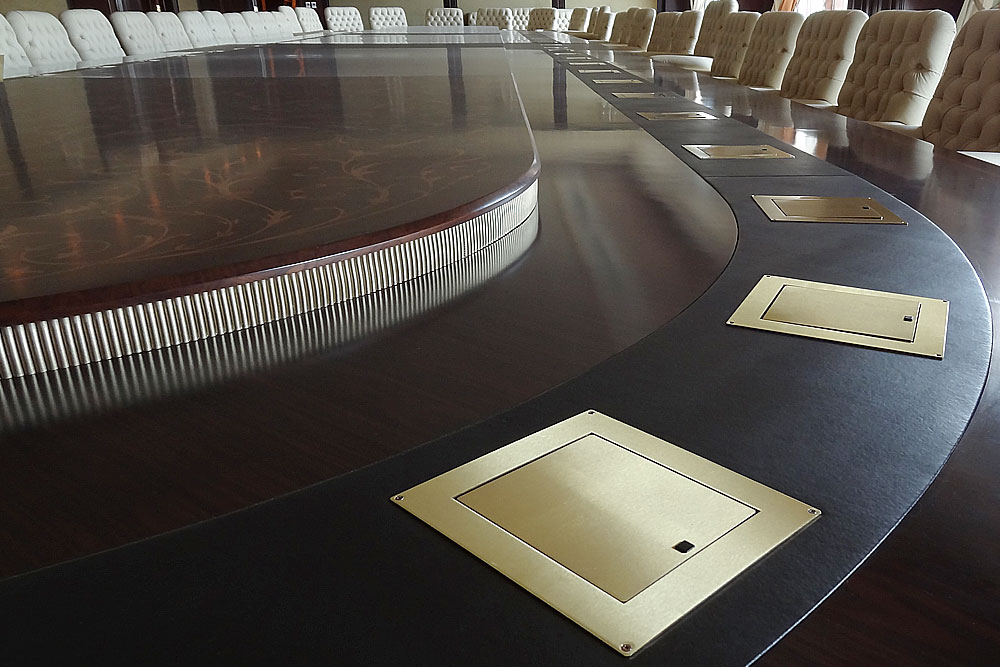 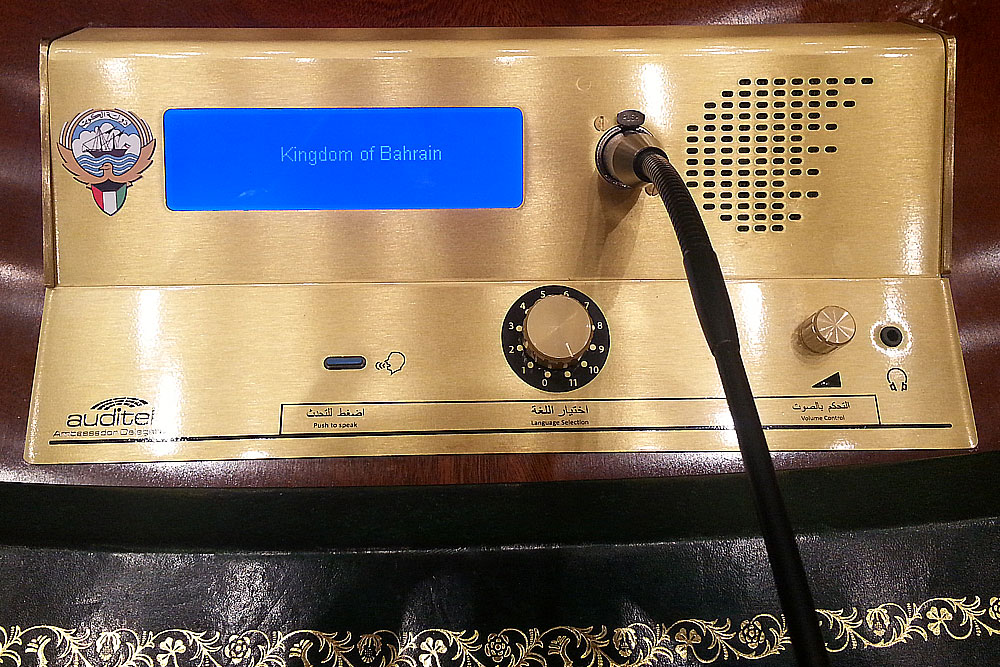 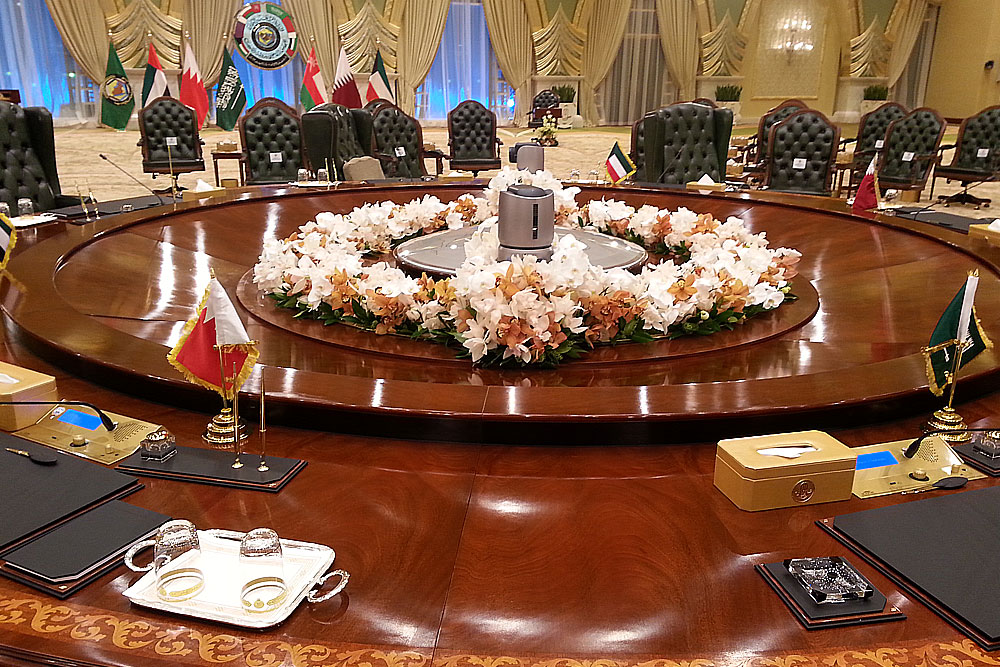 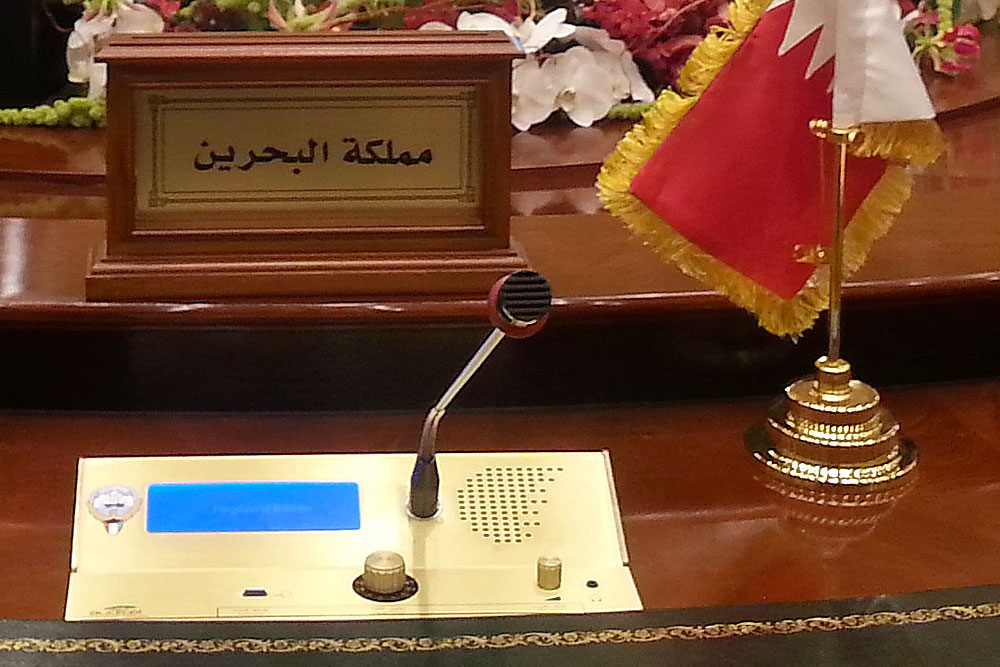 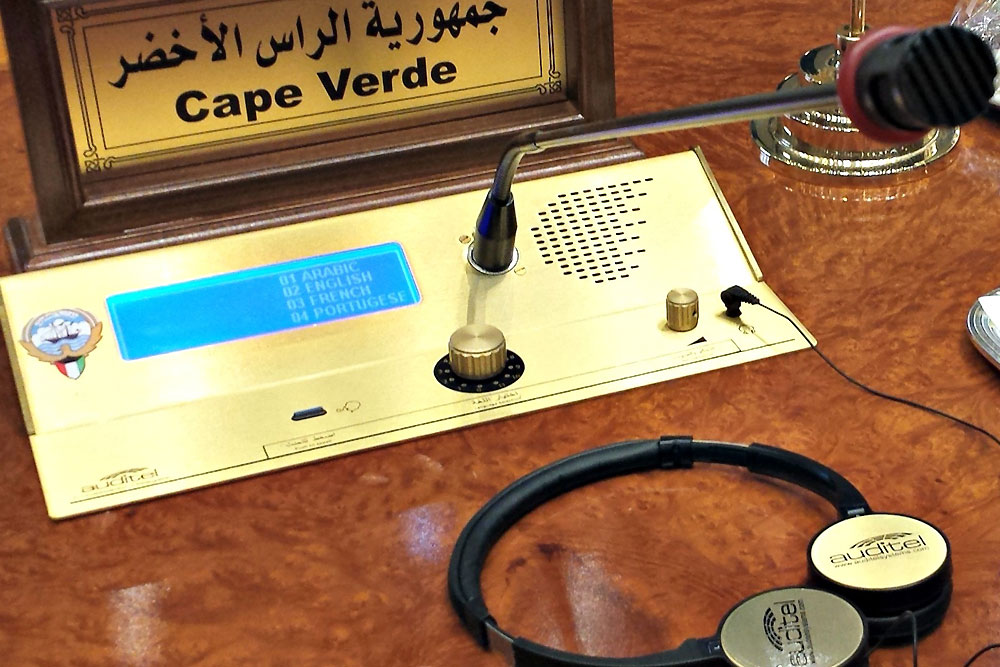 The Client
Bayan Palace is justifiably regarded as one of Kuwait’s finest architectural masterpieces and covers 1,399,500 square meters. It was officially opened in 1986 for the Fifth Conference of the Arab League and is the main location for international conferences in Kuwait. See the Gulf Cooperation Council Summit 2016 (GCC, مجلس التعاون الخليجي), a regional intergovernmental political and economic union consisting of all Arab states of the Persian Gulf, except for Iraq.

The Conference building consists of three meeting rooms and a multi-purpose, state-of-the-art theatre which can be transformed into a 1000-seater conference hall. There is also a ceremony room, a reception room, press room, a library, His Highness the Amir’s suite and a number of offices.

The Requirement
The Conference Hall required a full conferencing solution to allow for multi-language translation, fixed delegate units with LCD display screen for messages and that were in-keeping with the environment. Also 12 language translation booths and 1,500 listening posts for the translation of the meeting into the tiered seating. The meetings are to be webcasted, televised and displayed on large screen monitors around the hall.

The Solution
Auditel’s Ambassador Discussion System was the best option for this project. The Ambassador system met all of the Palaces needs by having a broadcast quality microphone, with ring illuminant, inbuilt loudspeaker, LCD display, as well as the headphone jack and language selector for the 12 channel translation.

Auditel designed and built a bespoke unit made of polished solid brass which when installed into the desk matched the design and look of the palace. The Ambassador system is a hard wired system which offers maximum reliability and security especially with translation.

Auditel installed its Audicam system to cover all of the floor and to automatically PTZ to the live microphone. This footage was displayed on two 4m wide LED screens, webcasted and televised.

For the tiered seating around the conference hall, we designed, manufactured and installed 1,500 listening posts, these posts were designed to fit into the seat arms of the chairs and offered all 12 languages to choose from as well as a headphone socket and volume adjuster.

In the Bayan Palace Conference Centre project, the undertaking from insight to implementation uncovered a deep understanding of the client’s needs that led directly to tailored design decisions, most notably:

The site was definitely big, but not in the way everyone or we thought it was. We gained a more nuanced view of our top tasks, coming to understand that we weren’t talking about only a 1,399,500 square meter site. This substantially changed how we thought about the challenge and the number of custom-made variations we actually needed to accommodate. This realisation also brought a healthy level of objectivity to the project and removed a lot of anxieties driven (mostly) by uncertainties.