Learn how we worked with The City and County of Swansea Council to develop a tailored solution that deliver immediate impact and lasting results. 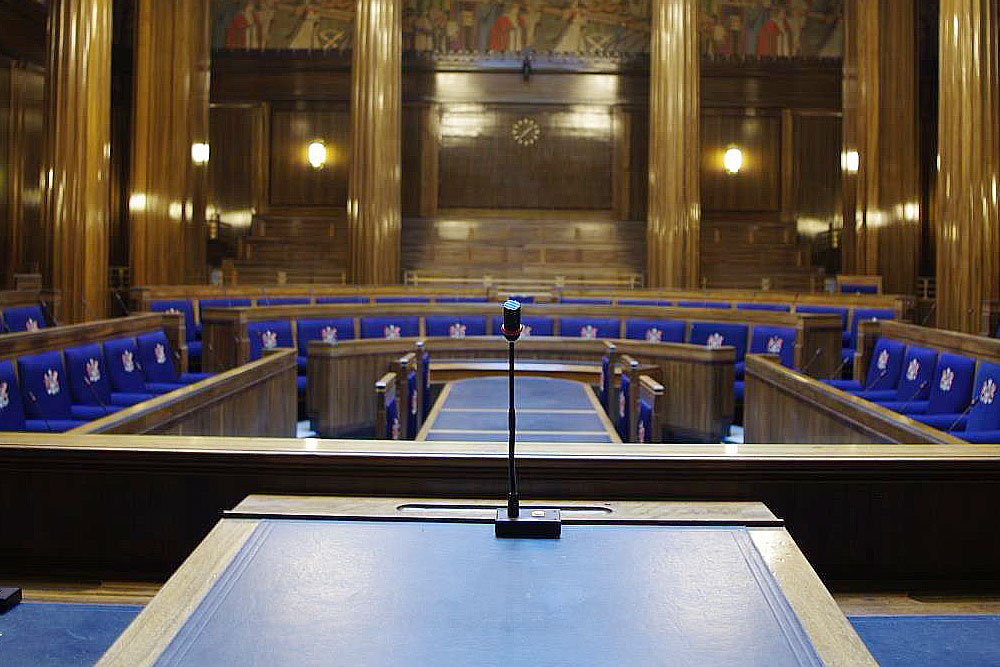 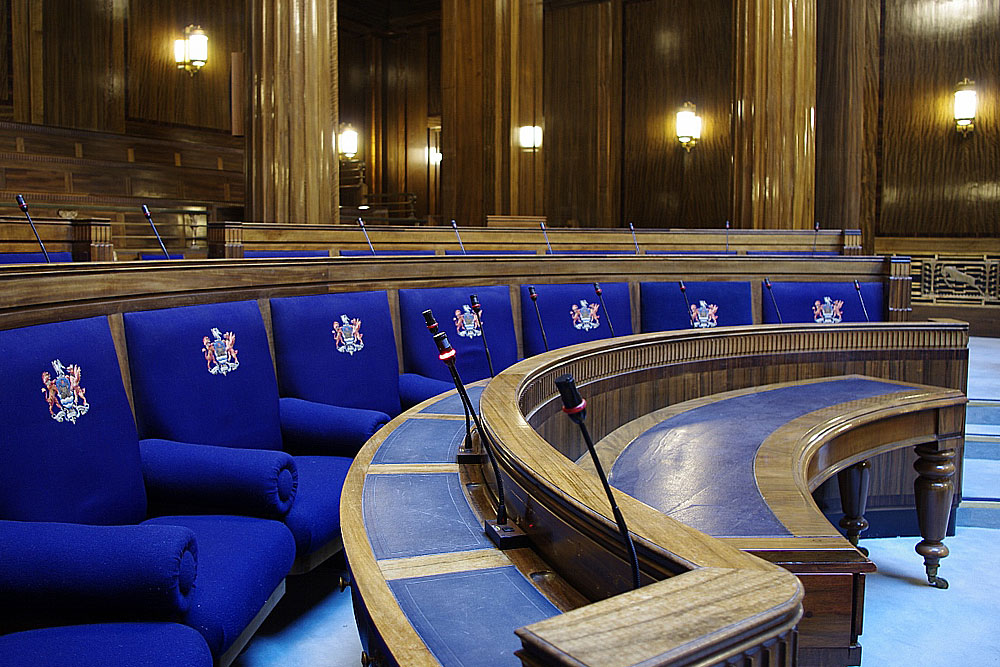 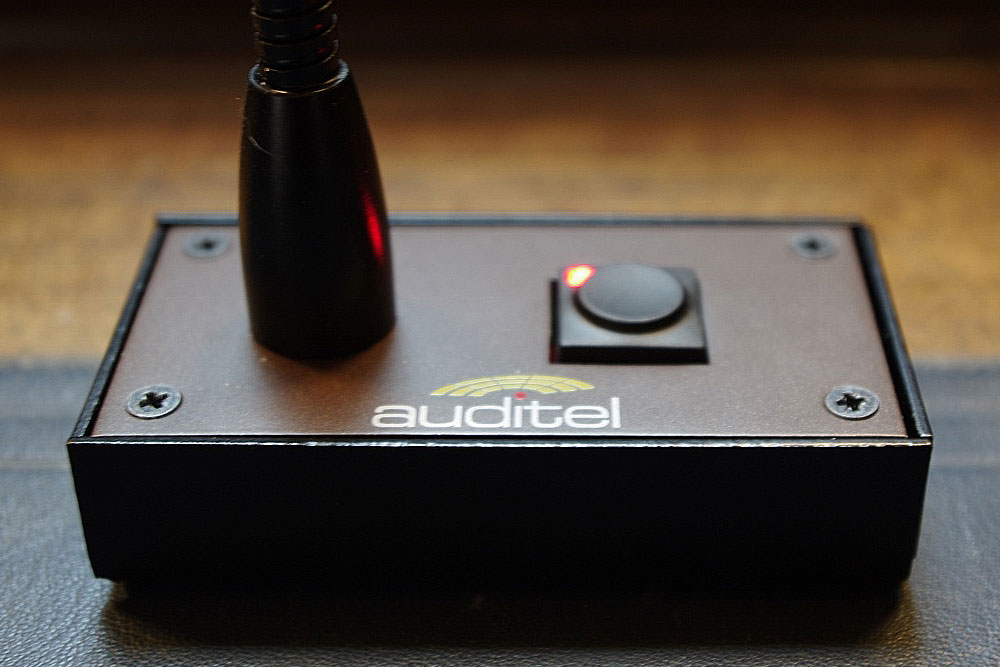 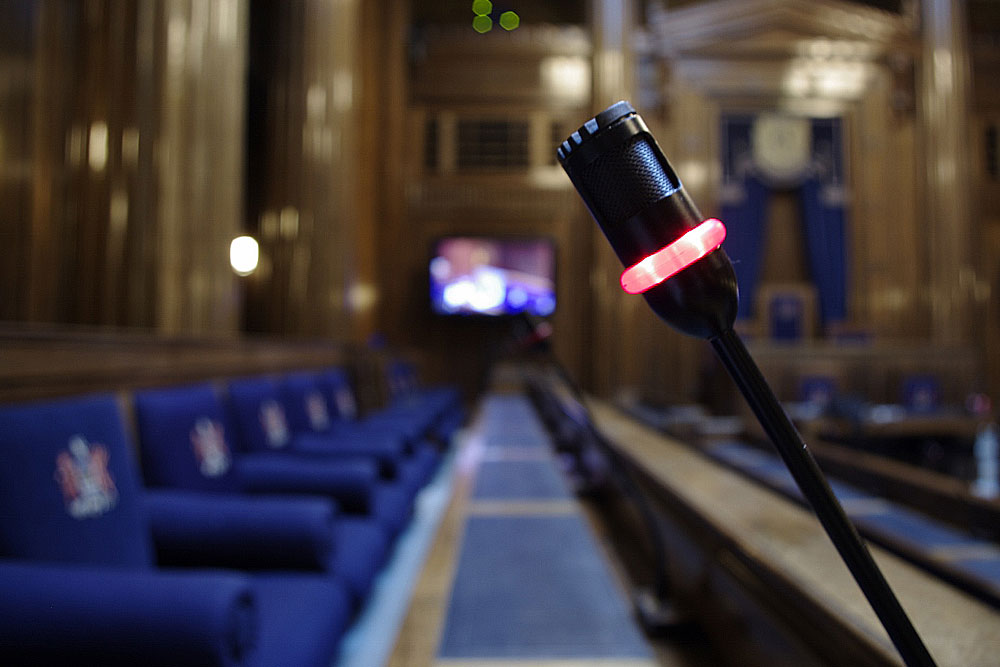 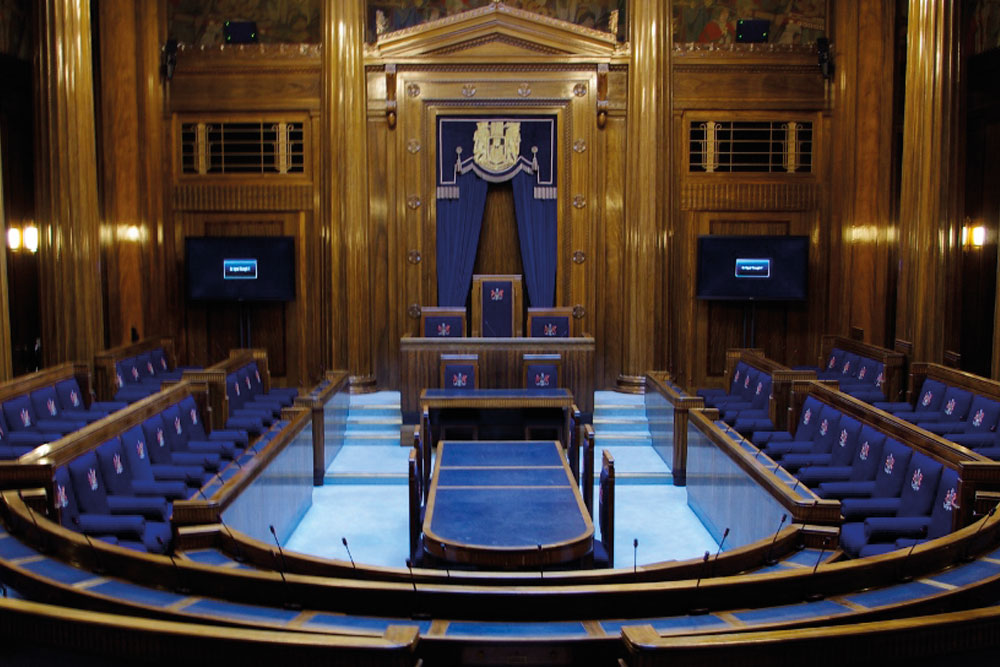 The City and County of Swansea Council requested that during the restoration period of the Guild Hall, a complete delegate microphone solution with automatic PTZ cameras and display screens to be installed. The council requested the smallest and most discreet unit available to ensure that it would be unobtrusive to the surroundings. The building was originally opened in the 1934 and is Grade 1 listed.

Auditel’s Envoy System was selected due to its ability to be designed to be as compact as possible.

As the desks are listed, we were granted permission from conservation team to fix our compact Envoy unit to the table and to run the required cabling under the desk where the remote fixed loud speaker was installed.

The actual finished unit size was an impressive L 85mm x W 45m D 20mm.
Auditel installed three of its Audicam to cover all of the delegate microphones. Audicam automatically PTZ to the live microphone, this footage is displayed on two 60” LED screens. As the walls of the chamber are wood panelled and listed, we designed and manufactured brackets to allow the camera to securely hang down without being screwed into the wood work.

We also installed a laptop input which automatically switches between sources, that display on the screens. Any audio from the input was also played through each of the individual delegate loudspeakers.