Learn how we worked with Hertsmere Borough Council to develop a tailored solution that delivered immediate impact and lasting results. 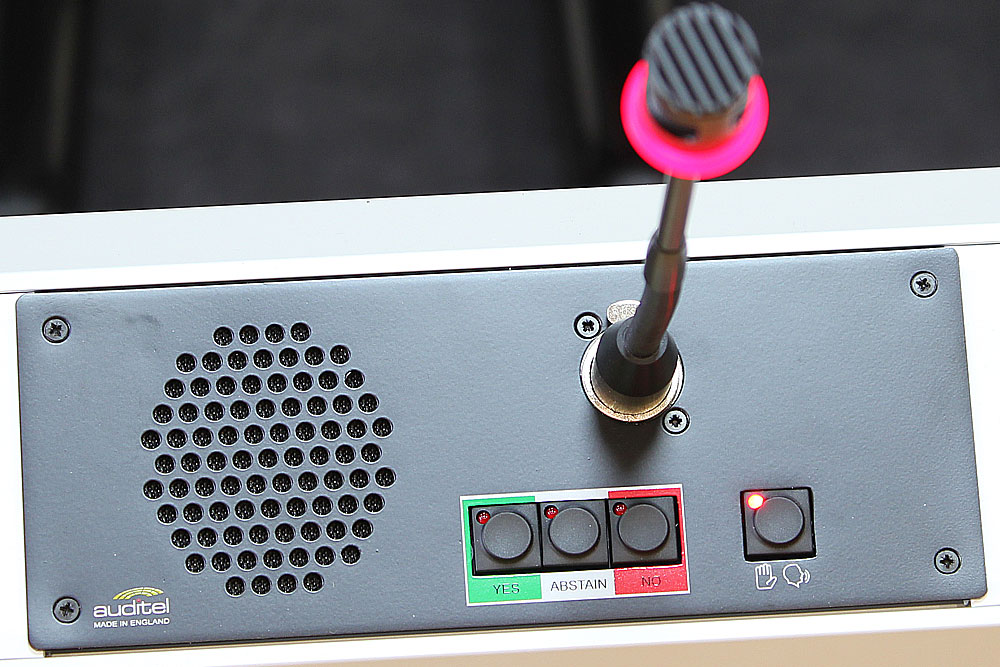 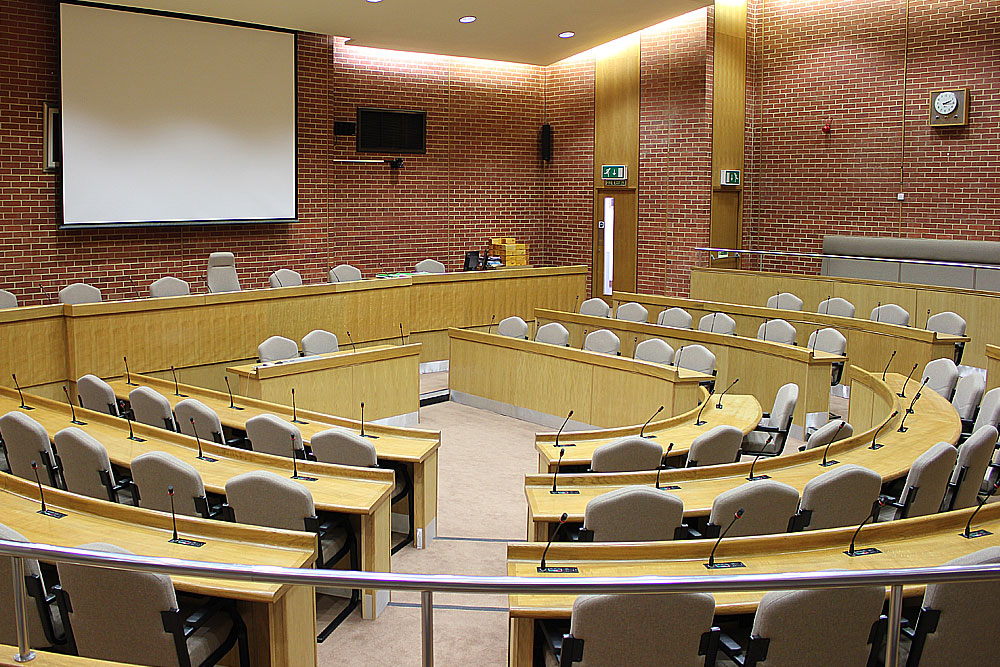 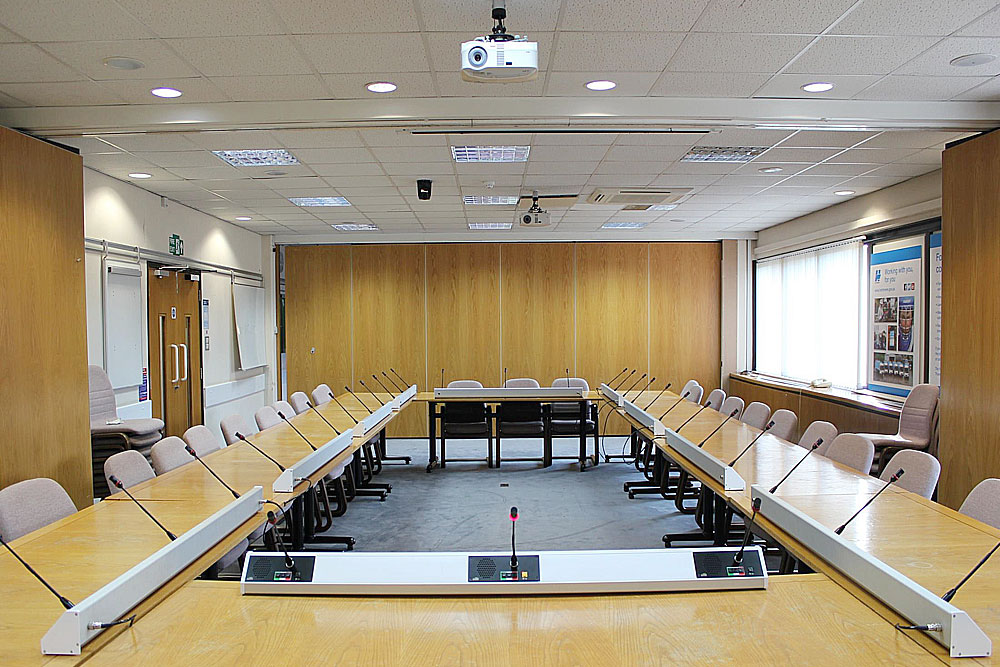 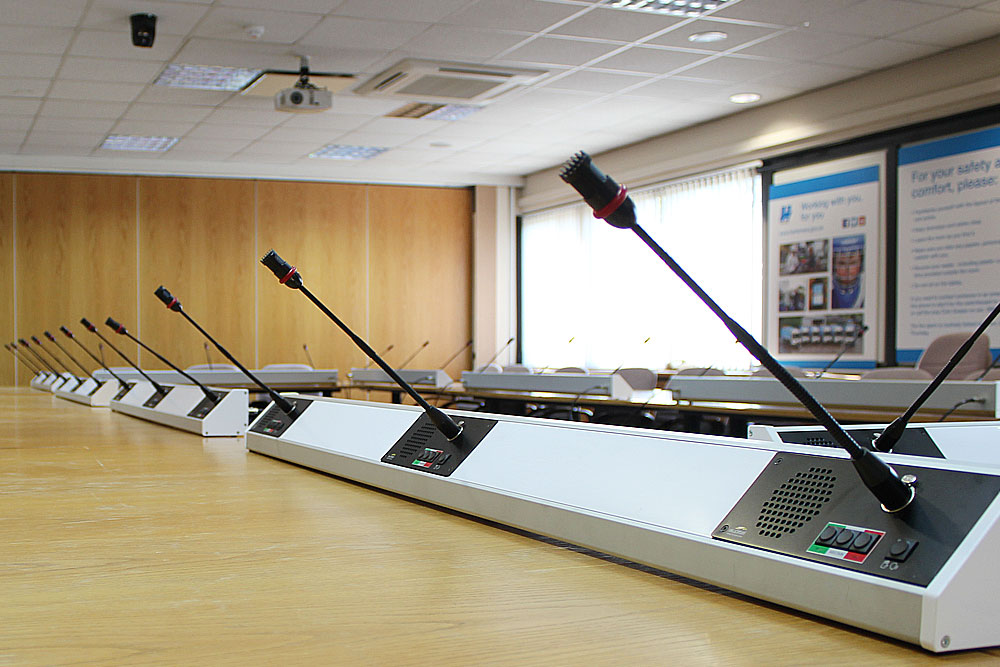 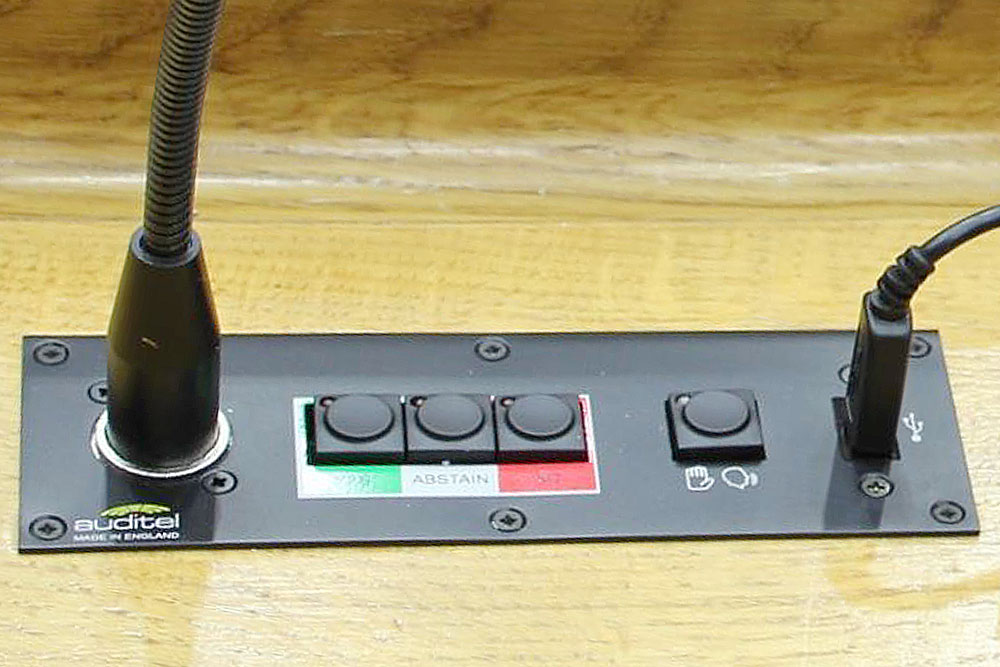 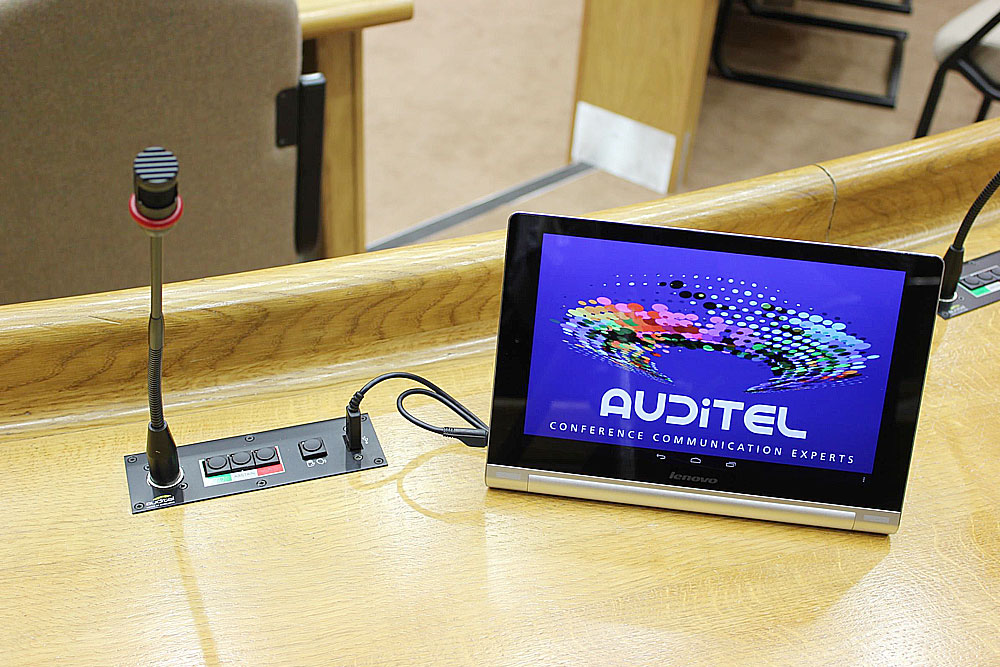 Hertsmere Borough Council is the local authority for the Hertsmere non-metropolitan district of England. Hertsmere is located in the south of Hertfordshire, in the East of England region. The Council itself is based in Borehamwood, the largest settlement in the district.

The Council consists of 39 elected members, representing fifteen electoral wards. Eight of the wards elect three members each. The other seven elect two each. The council is elected by thirds, with the most recent election happening in May 2011.

The Council is currently controlled by the Conservatives, who hold 35 of the 39 seats, while 4 Labour councillors represent wards in the Borehamwood area.

Hertsmere Council had an Bayer Dynamic wireless microphone system. The system was 5 years old and had issues with interference from the WiFi and was in need of a complete battery replacement. The council requested a new wired systems to be installed inside the council chamber and a flexible wired system for the 4 committee rooms with the ability to link any of the 4 rooms together. The council current camera system is operated by an operator and required constant control for the web casting.

To control the Auditel microphone system, the Auditel ACCS PC was installed, this gave the operator/chairman control over which microphones become live from the request to speak button which the councillors pressed. The system also included automatic speech timers that reset after every speaker ready for the next.

The council requested 3 chairman positions with in the system, as depending on the meeting type being held, dictates where the chair of the meeting sits. 3 delegate locations have the ability to switch between chairman and delegate but are locked once the system is in operational use.

For the Committee rooms, Auditel designed and commissioned a new range, the Envoy Pod system. The Pods house 3 delegate units which have electronic voting, XLR removable microphone and loud speaker. Each pod is connected via a 50cm locking DIN cable to the next Pod in the chain. This reduces the cabling between units as well as ensuring no cables are dangling between units. The units can be configured in any pattern with up to 30 units being connected in any one run which then terminates into a choice of floor boxes in each room.

The 4 committee rooms can operate in either individual rooms or linked together depending on the size of the event. As two confidential meetings could be held in two rooms with just a removable wall separating, Auditel installed its own Infra-Red hard of hearing system. This ensured that the audio for the hard of hearing was contained within the perimeters of the room without the risk of audio bleed into the connecting rooms.

With all of the Auditel equipment there is a 5 year warranty in place. This covers all of the microphone units, control PC and PTZ cameras, when in conjunction with the Auditel Service plan.

Being located in England, Auditel is able to offer a level of support that no other company can. This is because of the design, manufacture and installation of the conference system. If in the future, the council experiences any issues with the system, they have just one company to call. Auditel are able to fully support the system on all levels, right down to component failure on the PCB boards.

The support that Hertsmere receives means that with any issues, the installation team are able to attend and are certified to work on the system, right down to component level. What ever it takes to get the system back up and running again in time for the crucial meetings.