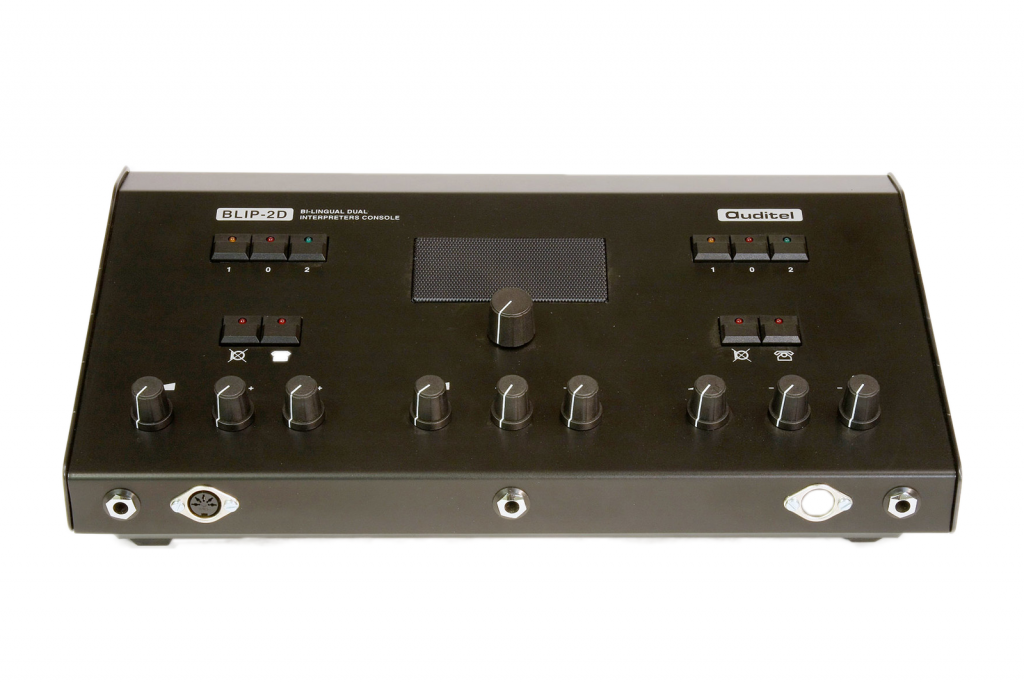 Fully-integrated turnkey solution for bilingual environments ie. where there is one floor language and only one other language to be translated into. The world’s only bilingual interpretation system, the BLIP does not require a central control unit as it has one language in and one language out. Like our IP-6D/2, it is optimised for dual user operation but can be used by a single user also. A version of the BLIP-2D is available with a built-in modulating IR transmitter (TXR-2H), which can connect via RF outputs directly to an EP-160/EP-510 IR radiator and for use with IRX-2H receivers, giving a truly ‘out of the box’ solution; the BLIP-2D/IR’s transmitter can output either one or both channels linked to the relevant assigned language channel. The BLIP-2D units are used with either the HSM-4 headset with boom mic, or HS-2 headphones / MIC-2 gooseneck combination, just like the IP-6D/2 and IP-12/2 interpreter units.